A downloadable game for Windows

Thy Sword is a hack n' slash platformer with procedural levels and roguelike elements.

Can you be that hero? Can you fulfil the destiny of greatness and bring deliverance to these shadowed lands? The answer lies in your heart...and Thy Sword!

Get ready for a heroic challenge!
Better yet, summon a friend for a truly epic co-op adventure,
...or a duel to the death. Whoever wins keeps his head.

“Pure Retro Brilliance. I feel very happy to recommend you stop reading now, and welcome this little gem of a game into your own collection.” 9/10 – Meeple of the Earth

“With beautiful pixel art and excellent sound effects and music, Thy Sword stands out amongst the horde of retro-like indie titles popping up every day.” Big Boss Battle

GamePhase is a small indie game company from Finland. We make the games we would want to play, with passion and love for classic gaming.

In order to download this game you must purchase it at or above the minimum price of $8.99 USD. You will get access to the following files:

Barbarian and Moonstone were my favorites! Good job!

Thank You so much!

I HAVE DISCOVERED A BUG WHICH CAUSES THE GAME TO FREEZE!

If you only have 1 hit remaining and you kill a boss, (This happened
on the Cthulu boss but I assume it will work on all bosses) when the
big jewel is coming down from the sky, if you stand directly under it
and fire an arrow straight up in the air, the arrow will go up and come
back down and kill you.
The jewel will continue coming down and when it touches you, it will
say YOU DIED but also complete the level and display the completed
text and show the victory screen.

HOWEVER - On the next screen when at the place where you can
purchase things and bet, the game will be frozen!
You character will not be there, it will just be stuck on that screen!

I go back to this game and play it every few months, it's really fun
and has great replay value.
I hope you're looking into making a sequel and will there be any
more dev episodes?

Thank You so much for reporting! Nice to hear you enjoy it. - Stay tuned!!!

Awesome game! I hope GamePhase will consider doing a sequel or level expansion!

Thank you so much! 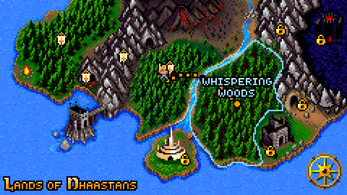 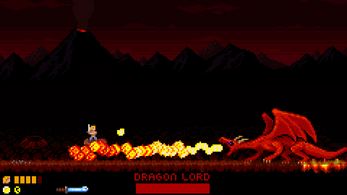 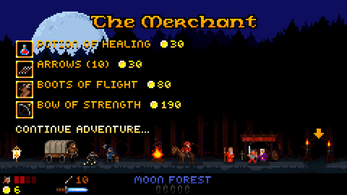 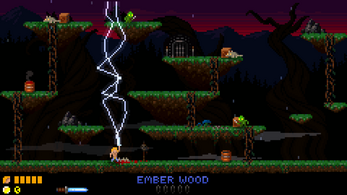 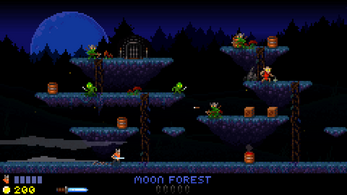 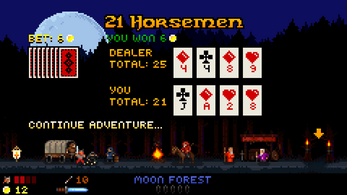 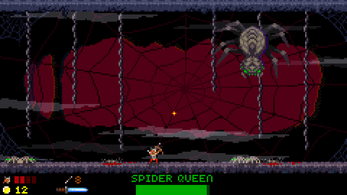 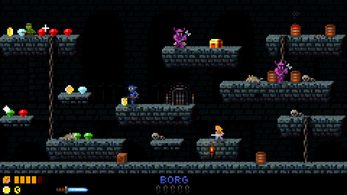 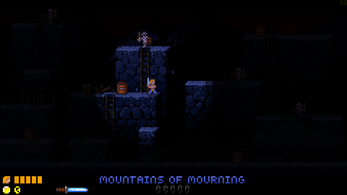